about dr.michelle corral & breath of the spirit ministries 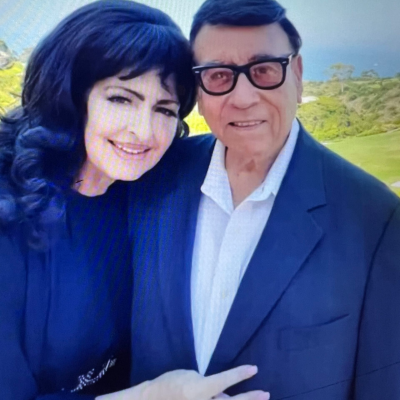 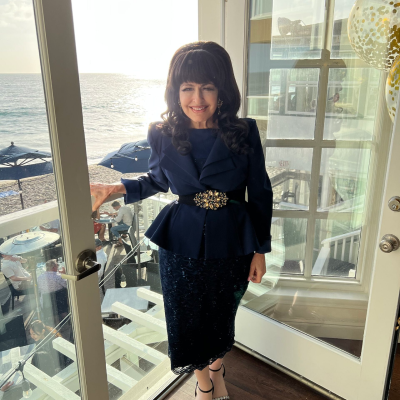 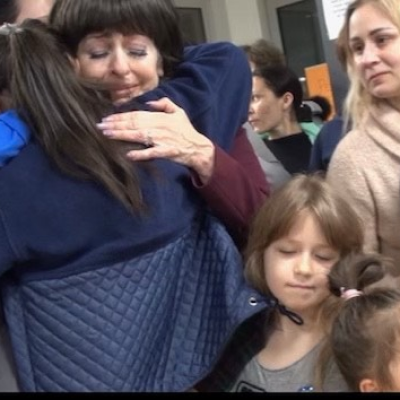 Dr. Michelle Corral is the president and founder of Breath of the Spirit International Ministries since 1978 and is the pastor of Breath of the Spirit Prophetic Word Center. Dr. Corral has preached the gospel in 51 countries. She is also the founder of Chesed Hope for Humanity, which is one of the missionary outreaches of Breath of the Spirit International Ministries dedicated to international humanitarian projects around the world. This includes the founding of orphan homes, daily feeding programs in various nations, establishing the Dr. Michelle Corral Sewing School in Pakistan, housing children that are vulnerable to human trafficking in the Philippines, building water wells in the African nations, establishing feeding and discipleship programs for pastors in India, providing education for marginalized children, establishing homes for the abandoned elderly, and is a provider of medical, dental, and eye clinics in impoverished nations.

Dr. Corral is the host of her weekly telecast, the Prophetic Word, seen every week across the United States and around the world as seen on God TV, Impact Christian Television Network and The Word Network, as well as the social media network “It’s Supernatural.” Dr. Corral is the author of several books including her most recent book “Secrets of the Anointing” published by Destiny Image Publishers. Her weekly podcast, Day of Destiny, is heard across the networks of Charisma, ITunes, and Spotify. Add Quote in larger font – “As a pastor and teacher, there is nothing more rewarding than to see individuals who hunger to hear God’s Word because they are drenched in destiny. “I consider it the greatest privilege to direct God’s chosen people to their highest potential and purpose in life through the anointing and God’s Word.” Dr. Corral has had the awesome privilege, in her 44 year career as pastor and teacher, to train leaders in over 52 nations across the globe in becoming mantled for their highest prophetic purpose.

As A Young Woman

As a young woman in her early 20’s Dr. Corral was challenged to make a decision for Christ that would cost her everything. As a result of that decision God birthed Breath of the Spirit International Ministries. From the time of its founding, Breath of the Spirit has been known for its unique ministry of training and teaching the Body of Christ in the charismatic and pentecostal way of discipleship. In the 1990’s Breath of the Spirit produced an international world conference seen by millions on Trinity Broadcasting Network for several years in a row entitled “The West Coast Conference on the Holy Spirit and Chrisitian Unity”. This conference became known for uniting the greatest leaders in christianity together and continued to be a source of heavenly empowerment fueling the fire of charismatic spirituality for the generations. “Picking up the pieces of devastated dreams can cause challenges. It is my desire that God will use your pain to train for greatestness through the anointing and His word.”

The uniqueness of over forty three years of intensive study in the Hebrew Scriptures has enabled Dr. Corral to launch hundreds of men and women into formal ministry with expertise in biblical studies.

In February of 1971, Dr. Michelle Corral was born again and later filled with the Holy Ghost at Melodyland Chrsitian Center in Anaheim. Immediately following salvation, she began service to God working several years in the Sunday School department and other ministries within the church. Later in the mid 1970’s she entered formal seminary training at Melodyland School of Theology which led her into full time ministry. During the time between 1971 and 1976, Dr. Corral had the privilege of attending multiple events with Kathryn Kuhlman. She was personally mentored by Ms. Kuhlman’s staff members and trained to assist her in the Shrine Auditorium.”

Dr. Corral also had the privilege of negotiating meetings with Mother Teresa with many international Chrsitian dignitaries, such as Jan Crouch and others.

Throughout the years, Dr. Corral’s Work on the Holy Spirit and Chrsitian unity has been recognized by such individuals as Kenneth E. Hagin, Dr. Morris Cerullo, Demos Shakarian founder of Full Gospel Businessmen’s Fellowship International, Dr. CM Ward (one of the founding fathers of the Assemblies of God), Dr. Vinson Synan (renowned Chrsitian historian and former dean of Regent University), Dr. David DuPlessis known as Mr. Pentecost, and Dr. Paul Crouch who was the recipient of her Pentecostal Pioneer Award.

Also, Dr. Corral considers it a great honor that before the homegoing of Dr. Oral Roberts, she was a recipient of his hands laid upon her sending her forth to Egypt to minister to the multiple pastors in her annual conference.

Currently, as pastor of Breath of the Spirit Prophetic Word Center, Dr. Corral’s passion is to impart fire, anointing, the prophetic Word, and purpose to the next generation with the unique legacy of the generals that have gone on before her.

Throughout her years of ministry, Dr. Corral has had the privilege of ministering to heads of state including the former president of the Philippines Gloria Arroyo, before his assassination cabinet members from Abdeen Palace representing the late President Mohammed AI Anwar Sedat, and the former mayor of Bethlehem.

Some of the awards Dr. Corral has graciously received in her 44 years of ministry have been

Chesed International Charity was founded in 2009 by Dr. Michelle Corral and has provided aid to thousands of people and organizations in suffering nations.

Commit to Giving & Supporting Our Ministry!

Copyright © 2022 Breath of the Spirit Ministries. Designed & Developed by Houston IT Developers LLC.